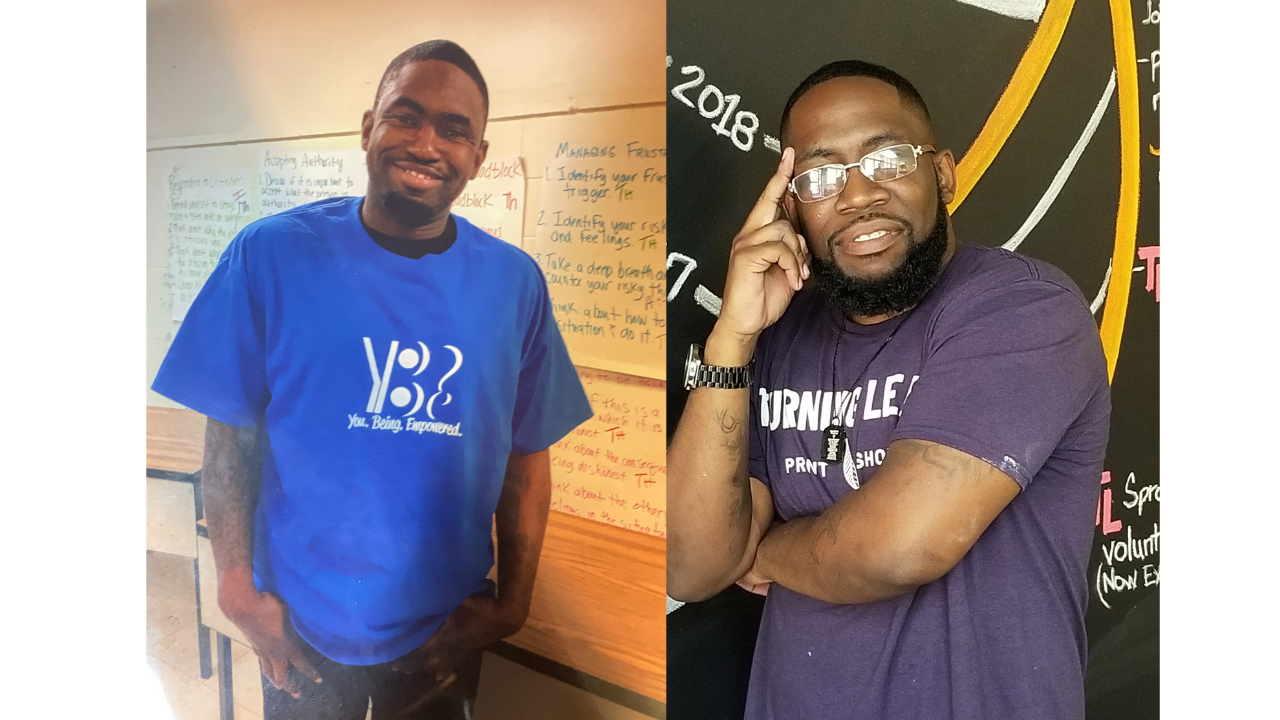 When it comes to helping men out of prison find meaningful employment, we put our money where our mouth is. All program graduates are placed into livable wage jobs, but we also hire some of them too. In 2017, Aulzue “Blue” Fields became the first Turning Leaf graduate to join the team as a full-time salaried staff member. In January of this year, our Classroom Facilitator Winard Eady became the second. Blue and Winard’s success paved the way for two more men in their shoes to be given the same life-changing opportunity. Program graduates Deon Nowell and Lovan “Van” Green are the two newest additions to this tradition.

The weight of his role in helping create opportunities for these two graduates is not lost on Blue. “I feel like their big brother,” he says. “When I was hired, we didn’t know what it would look like to have a graduate on staff. We made mistakes, changed course a couple of times, and got better. When I saw the looks on Deon and Van’s faces, I know they’re as committed as I am to giving back to the community, especially the Turning Leaf community.”

Deon Nowell will take the role of Print Shop Manager in our new Columbia location. Deon enrolled in Turning Leaf in May of 2017 after President Barack Obama commuted his sentence. He took a particular interest in the screen-printing aspect of the program and was one of the few graduates who went on to work at another print shop before eventually deciding to launch his own screen-printing business. Now that work is paying off big-time. Deon’s always had a dream to work at Turning Leaf and help men as they transition from prison. With the opening of Turning Leaf Columbia, we have the perfect opportunity to bring him onto the team.

Also joining the Columbia team is Van Green, who will take on the role of Classroom Facilitator. Although Van has only been out of prison a short time, he captured the hearts and minds of Turning Leaf staff during his time in the program. A positive and inspiring presence, Van would arrive early and stay late. He could often be found mentoring new students and consistently pushed himself and others to make the most of their time at Turning Leaf. We are thrilled he’s agreed to move to Columbia and take on a critical role in the program’s expansion.

Deon and Van will officially join our team August 1. Keep an eye out for more exciting updates as we continue filling staff positions for our Columbia location.