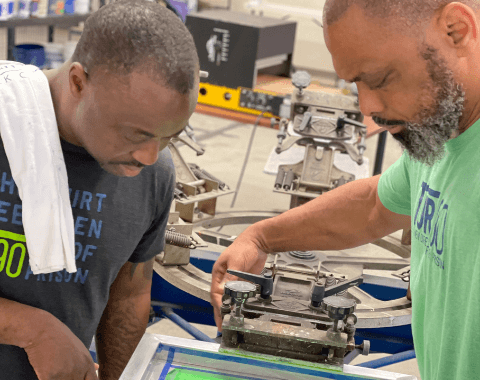 Turn90’s successful pilot site in Charleston has been helping men at the highest risk of re-arrest find success after prison since 2015. The organization doubled its footprint in 2021 with the opening of a second location in Columbia. State funds support continued growth as Turn90 plans to bring its prison reentry services into the upstate.

Representative Chris Murphy says, “Turn90 helps men leave prison and become productive citizens. Instead of committing crimes and costing the state money, these men are working and paying taxes, taking care of their families, and completing probation. When people leave prison and don’t go back it’s a big win for South Carolina.”

Across the state, over 5,000 people are released from prison each year. Nationally, 62% of people released from prison will be re-arrested within three years. Only 22% of Turn90 graduates have ever been re-arrested, and 68% have retained employment for at least consecutive six months following program completion. Successful reentry programs likeTurn90 provides citizens returning to their communities the opportunity to support themselves through legitimate and productive work, thereby reducing recidivism and improving public safety.

“The cost of keeping people behind bars is staggering,” says Turn90 Founder and Executive Director, Amy Barch. “It benefits us all when we provide a successful pathway from prison to the community. South Carolina has been and continues to be a critical partner in our effort to expand effective prison reentry services across the state.”

Representative Kambrell Garvin agrees. “Prisoner re-arrest levies an enormous burden on everyone. The incarcerated, their families and our communities all pay in one form or another,” said Representative Kambrell. “Turn90’s approach to solving this problem is exceptional, and the results are certainly worthy of funding,” he also noted.

For every $667,000 invested in Turn90, the State of South Carolina saves between $1.1M and $4.3M in prison costs. Turn90 will adhere to state law regarding audits and oversight of all funds received through these efforts.